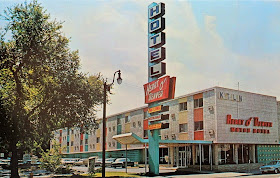 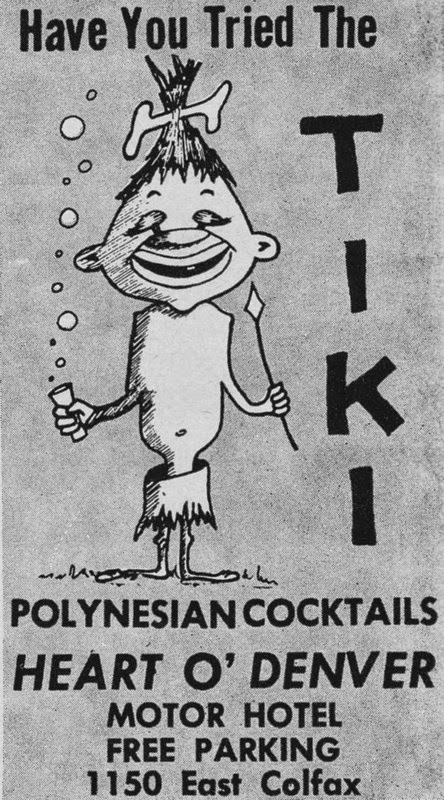 "Neal Cassady's father died in Denver in 1963, and Neal returned to handle the funeral. Neal was able to make the drive between San Francisco and Denver in a 24 hour run (there’s no telling how many times he did it), but he was back for the last time in 1968 shortly before his death. Getting out of his car to embrace an old friend in front of the Heart of Denver Motel on Colfax at 10 AM a beer can rolled out after him." - Denver Historian, Tom Christopher

The Heart O'Denver Motor Hotel, complete with Tiki Bar, was once located at 1150 E. Colfax Avenue (Colfax and Downing). The Tiki Lounge was designed by Eli Hedley (The Original Beachcomber). Eli did design and created decor for the Don the Beachcomber chain, Disneyland, and many other tiki bars. This location later reopened as Tiki Boyd's in the late 1990's and lasted about a year.

Today the location is a Ramada Inn. (courtesy The Denver Eye)